Do you want to feel more happiness in your life

and in your relationships?

Do you need help navigating grief, loss, or disappointment?

Do you want to learn how to love yourself and find your joy? 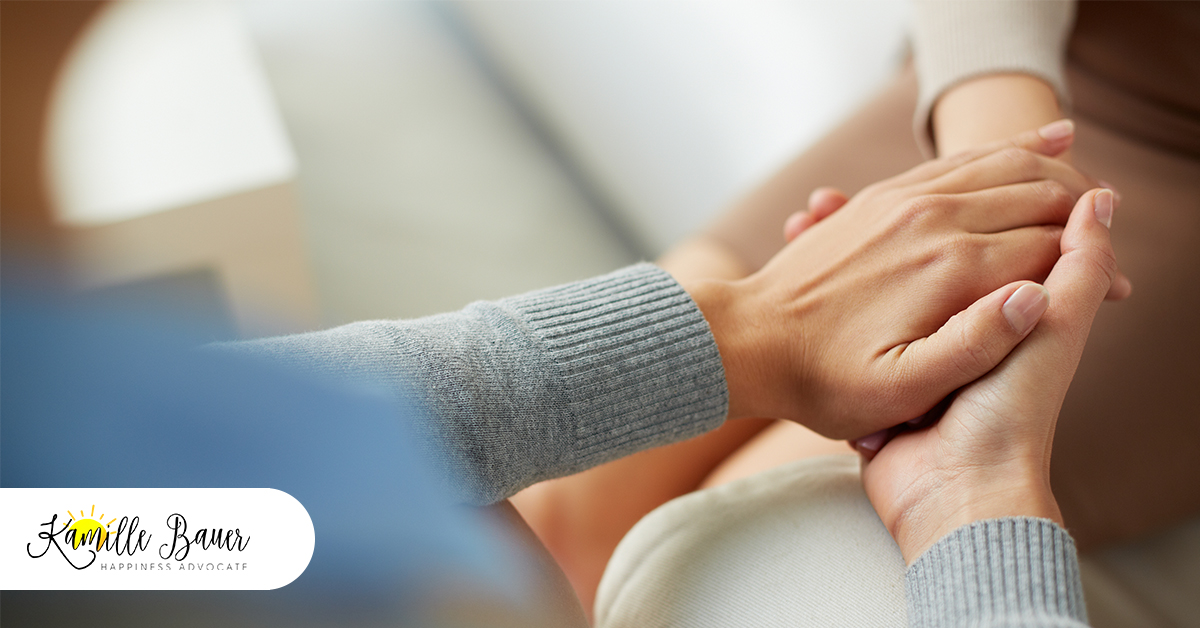 When something or someone you love is gone a grief recovery specialist will explain that the suffering can be long-lasting and devastating. It runs through so many tough moments that come out all of a sudden and make it hard to function -- eat, sleep, connect with others. You can look for many paths to recovery if you don’t want to feel any more pain, but have no idea how to move forward. It’s best you learn about the process of grieving, and what recovery processes are available.

The stages of grief every specialist in grief recovery tells you

It’s important to know what’s known as the five stages of grief, a foundation of learning how we can learn to deal with the loss of a loved one. It is broken down in six stages that identify the way we might be feeling:

This list might be familiar to you as it’s become common in popular culture, but this would be the time to take it seriously. While it is numbered, don’t think that it works in this sequence - everyone goes through their periods of grief as they come, whenever it comes for them. Let’s work on the stages briefly.

Denial is a survival stage of the process. In trying to come to terms with the loss we reject the idea that it has happened. It goes hand in hand with isolation since you turn away from anyone trying to comfort you, or the things that remind you of that person.

Once the denial no longer works, you shift into the next stage - anger. You wonder why something so unjust has happened and what you did to deserve it. The pain that comes from that has you lashing out at friends, family, and doctors. The frustration seems endless, deep, and like a bottomless pit, but it eventually fades away.

Bargaining is the next stage of grief once you move on from the rage, and towards seeking a change. A religious person prays to God in the hopes of making a deal with them, especially if they’re grieving for a loved one who's dying. You start to look for a solution somehow, thinking “maybe a grief specialist near me knows the way to make it like it used to be.”

Depression, the next stage of grief, is when the full effect of mourning falls upon you. It’s worth reminding that feeling sad is a natural part of the grieving process, but this is the period when it’s at its deepest. You might wonder if there’s any point in going forward once you realize that things will not be the same anymore because of that absence. Unlike anger and bargaining, depression is a quiet stage, but one that’s heavy and can keep you isolated and confused. It’s around this time you might consider the right grief recovery specialist for your depression.

The acceptance of loss might be mistaken as a happy stage to some, but it sometimes isn’t. It might not even be a sign that you are okay with the reality of your loss. It’s more about recognizing what has happened, but keeping memory of it. From there you can start your new normal, and eventually the possibility of a better future.

What that possibility might be is part of the next stage, finding meaning in your loss. It’s not exactly about thinking about the event itself - the death, divorce, loss of business, etc. - but more on the meaning of what that person or thing meant to you. You can also look back at how you have been changed because of the thing that is missing in your life now. From there you can take what gives you love and joy and take it as a way to take action in memory of what we’ve lost.

It’s worth knowing that there’s another model to the stages of grief that’s divided into seven parts. It includes feelings like shock and guilt as well as those of anger and depression. Other stages go deeper into how you put yourself back together toward acceptance, like the upward turn and reconstruction. They might fit more if the way you’re getting by with your loss feels more complicated than the standard model.

Specialists in grief recovery endorse these paths to healing

Now that you have a better understanding of the path that grief takes you, it’s time to explore the ways you can control your grieving process. The options vary from the personal to the highly-qualified, so leave it to your best judgement in choosing what grief recovery process is the one that fits for this time in your life. Here are some of the ways to consider.

The first thing you must recognize is how hard it is to ask people for help, because it’s so uncomfortable for most of us. It’s safe to say that we’re not all born grief recovery specialists, so you have to accept that your feelings will make it difficult to get people to understand your pain. But if you decide to make a dialogue with someone to get past these emotions, the connection could be enough to get through the ordeal.

The closest recovery method for most people comes from friends and family that you can lean on. It’s easier to pull away from them than it is to reach out to them, but spending time with them can give the assistance you need. It may eventually strengthen, or create new friendships you didn’t think could happen before. This can definitely help in maintaining the health of your.

You can also adopt the tenets of your faith if you’re religious or believe in a higher power. There is a comfort that can be found in mourning rituals and spiritual activities. Prayer, meditation, and going to worship services can comfort you in this time of deep loss. There are members in your religious community who might know what is the grief recovery process that best fits your faith.

Joining a support group is an outstanding choice, as it can take apart the loneliness made by grief. It’s hard to share your suffering to others, but if you do it to others who have also experienced similar feelings, it can be beneficial.

If you decide to talk to a professional because it’s too much to bear, Kamille Bauer is your grief recovery specialist with experience in grief counseling. They have experienced mental health professionals that can help you get through the powerful emotions that build up inside you during that difficult time.

The time grief recovery specialists say that the pain ends

There’s no time limit to grieving, we all cope with the loss in our own way and at our own pace. It doesn't matter how much the grief recovery method costs physically, financially or mentally - what’s more important is making the stages in overcoming the obstacles. A grief recovery specialist can show you what you should and shouldn’t allow yourself to feel, so that everyday is more forgiving than the last. 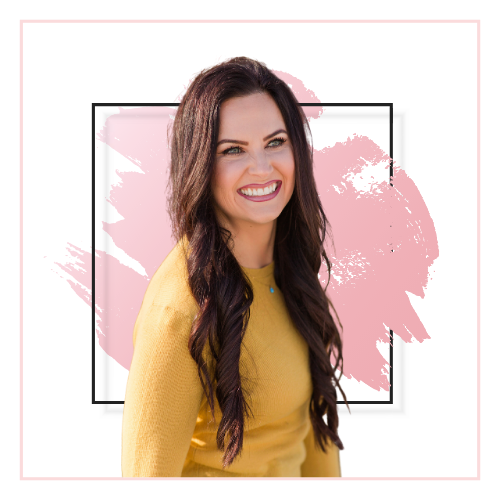 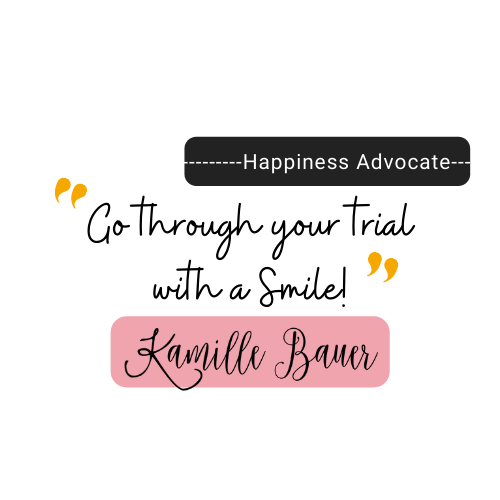 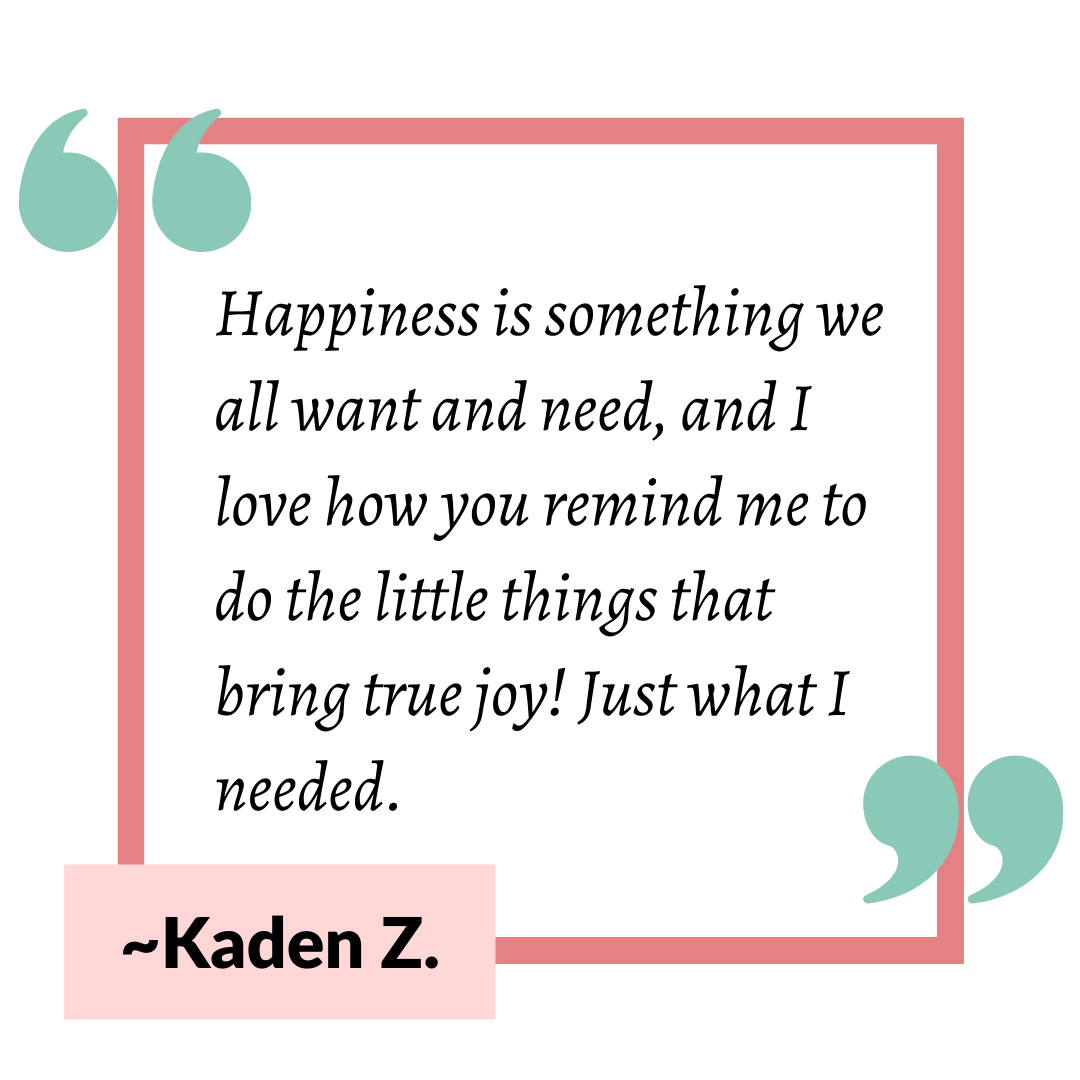 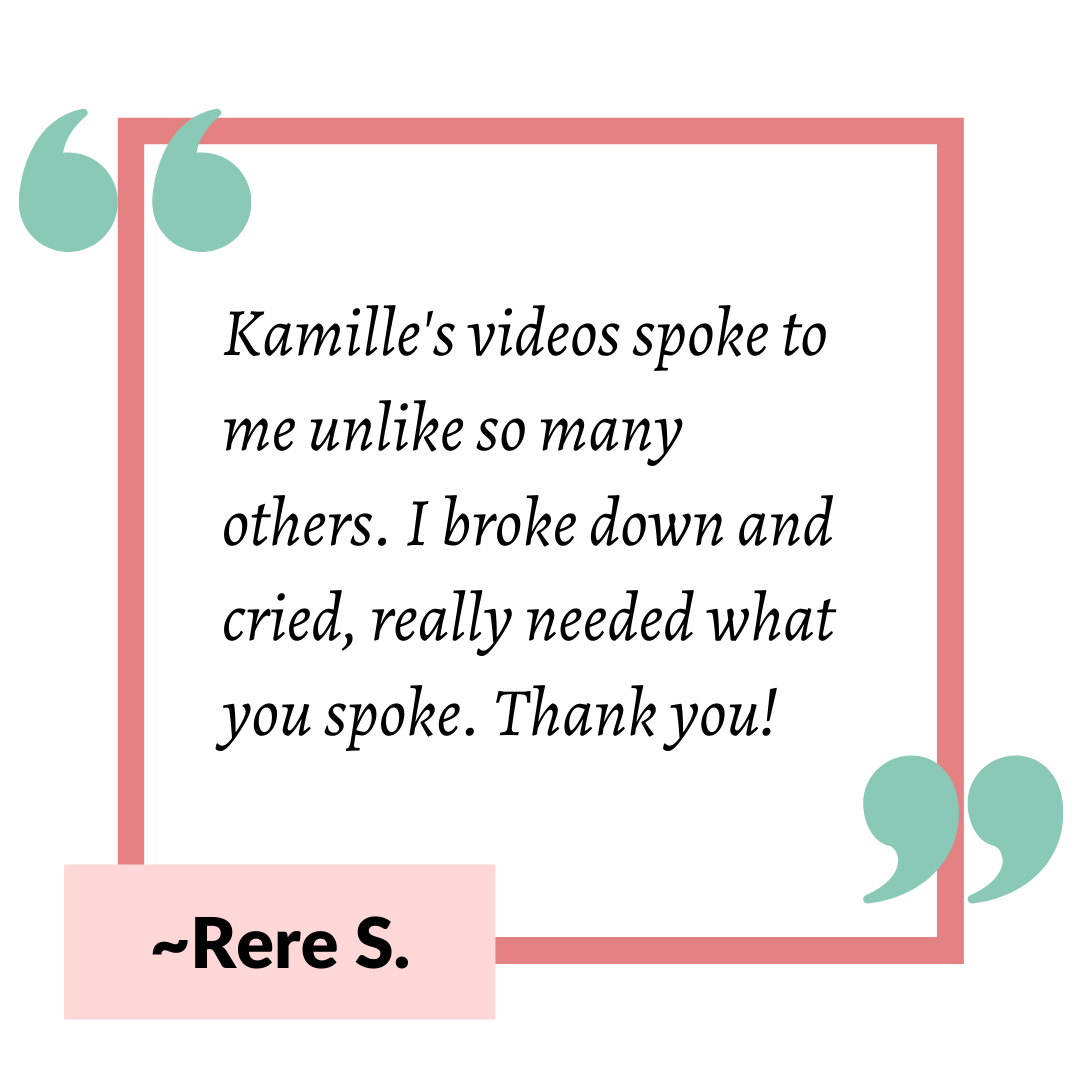 Are you sick of being unhappy?

Then it’s time to take the next step. You can do this! Your brain is wired to stay the same; it will choose comfort and familiarity over transformation EVERY time but… I can help you through that with a simple consultation. By booking a free, no obligation “discovery” consult today, you take the first step towards your happy and starting down a path to increased happiness --- despite the challenges you are facing. Truthfully, you are only one decision away from changing your life.

I invite you to start with my FREE online coaching program:

4 Days + 4 Ways to turn your Setbacks into Setups

In this course you will be given the tools you need to turn your doubts into determination and purpose. You will be empowered to look at your life through a new lens as you learn to grow the habits of happiness. 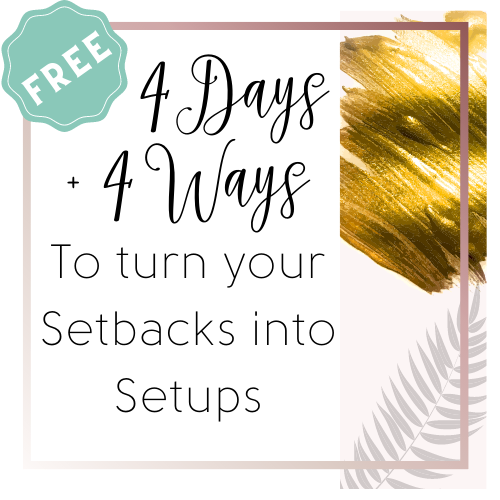 Then join me in my "Grow Through Your Grief" program.

During our six weeks together, you will learn to approach your loss (or your loved ones' loss) with a new perspective that will allow you to feel peace, find joy, and have hope even in the crazy, painful moments. 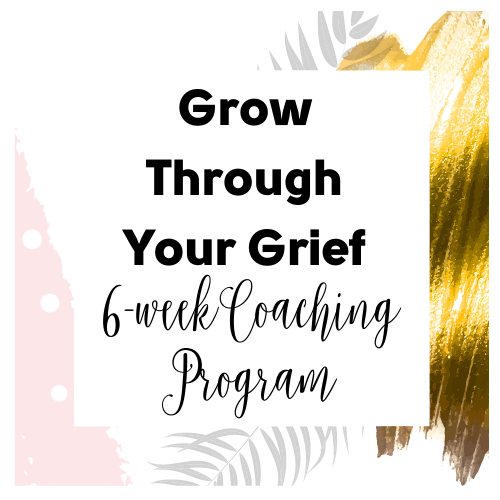 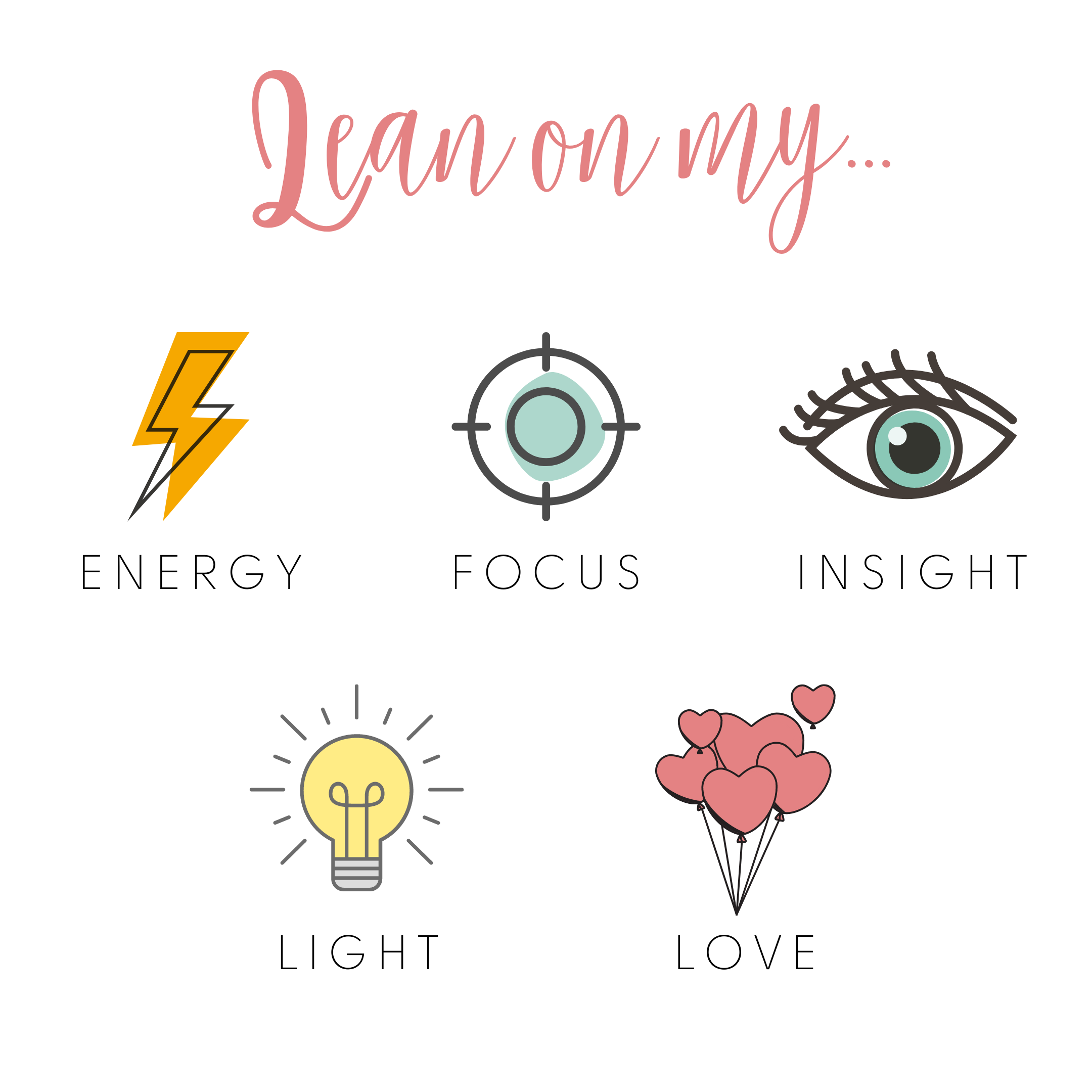 For more personalized and private mentoring, please schedule a one-on-one appointment with me to receive the help you need and deserve to find your Happy.

You are not alone. Let's address your real-world problems with a practical and spiritual approach. You can be happy and hopeful while honoring your feelings and those you've lost.

or receive the support and guidance you need with a 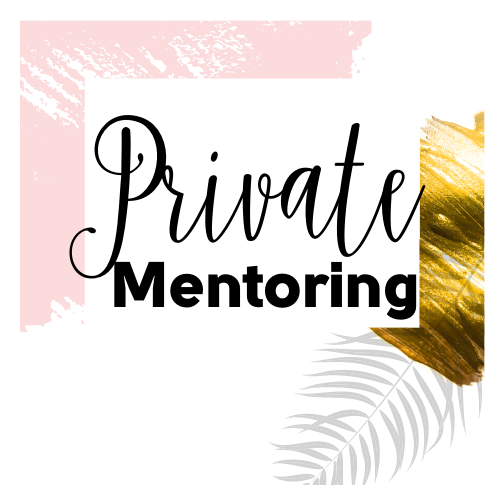 I know how life-altering it is to lose a part of your heart, a part of who you are. Losing my husband and the father of our three children to cancer was terrible and overwhelming. What happened to me I couldn’t control. I learned the only thing I can control was my attitude. With that knowledge I have learned to successfully juggle grief, motherhood, widowhood, and entrepreneurship. 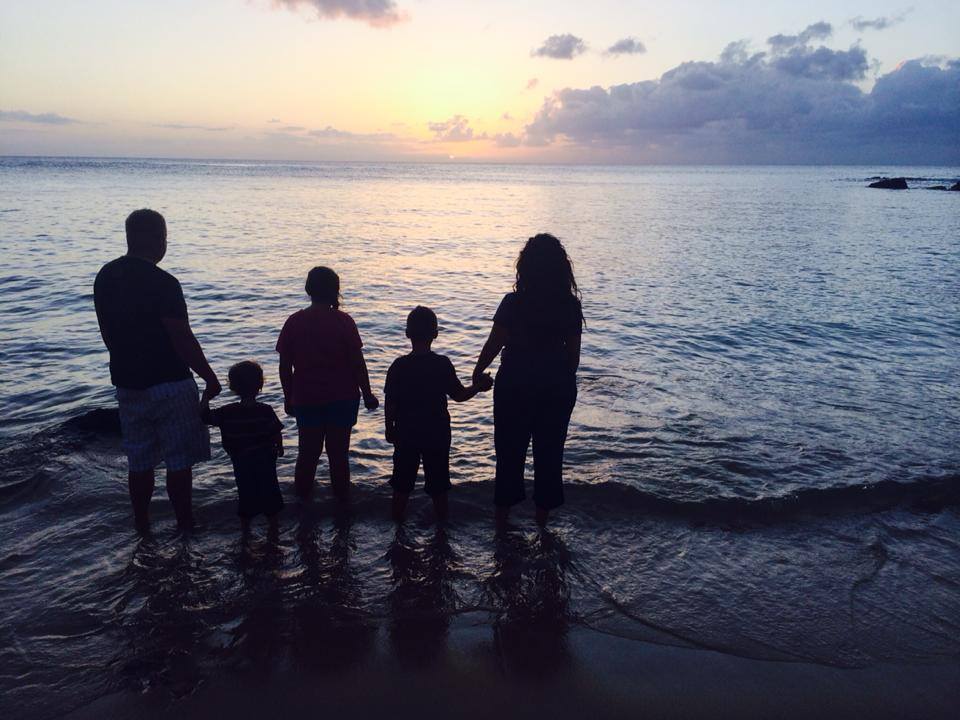 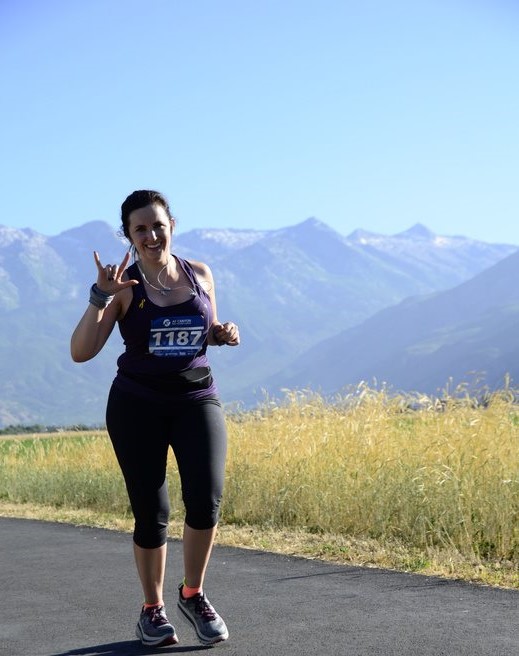 I had previously only ran if I was being chased but I laced up my sneakers and soon found myself crossing the finish line of over a dozen half marathons and two full marathons. Thirty pounds lighter and full of determination I learned that life is what you make it. There were too many years that I wasted waiting for the perfect life. I kept waiting for the cancer to be gone. But if you wait to be happy until your circumstances in life allow it, you will NEVER be happy. 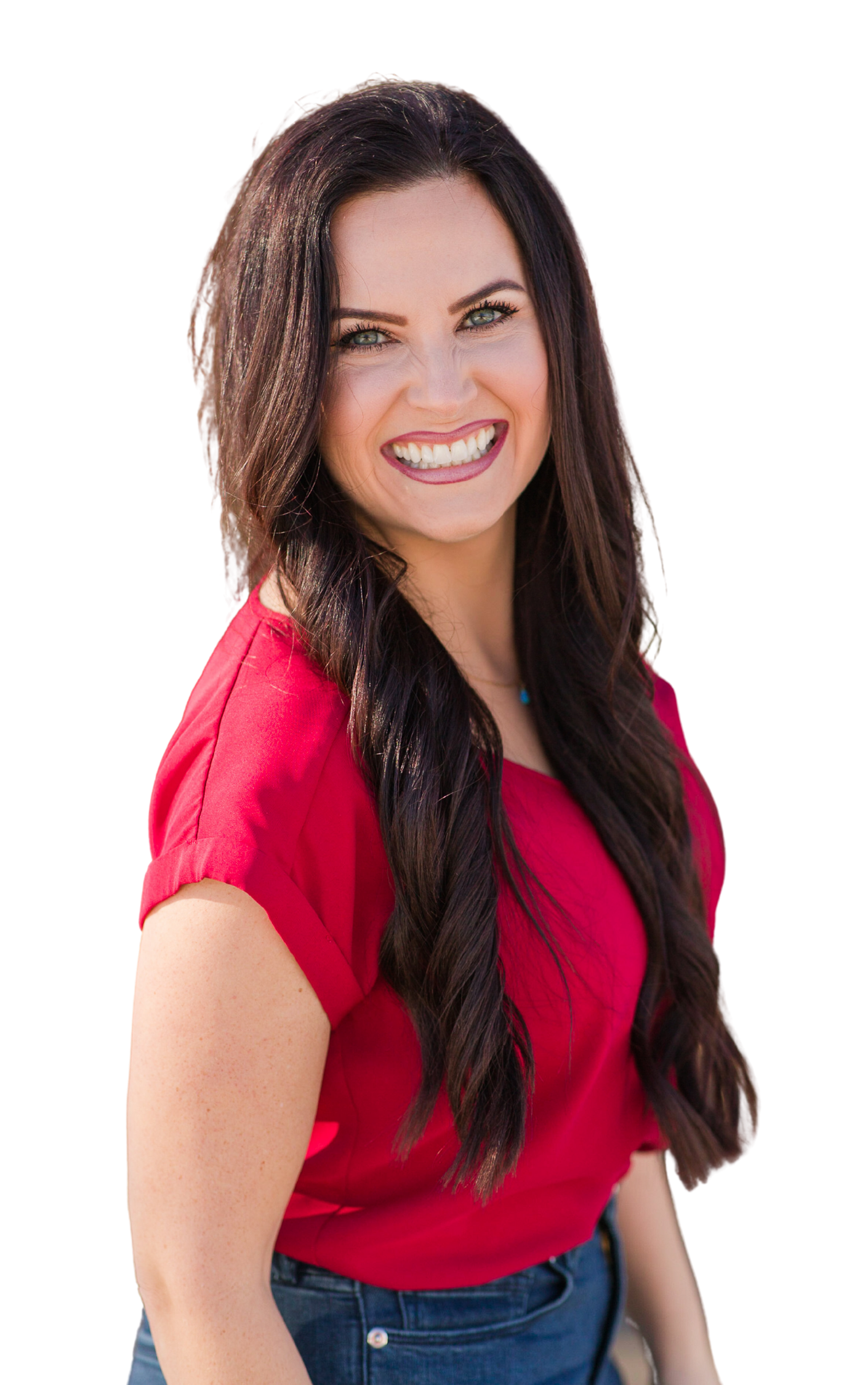 Happiness comes from within, and it’s available to everyone at any time, even on the worst of days. I struggled for years to find my happiness again, but it doesn't need to take you years.

Let me help you find your happiness! Everyone deserves happiness, and as your own personal Happiness Advocate I will help you navigate your grief to find hope.

You don’t have to go through this alone.

I know, I understand, I’m here for you.

You are capable of more than you know! 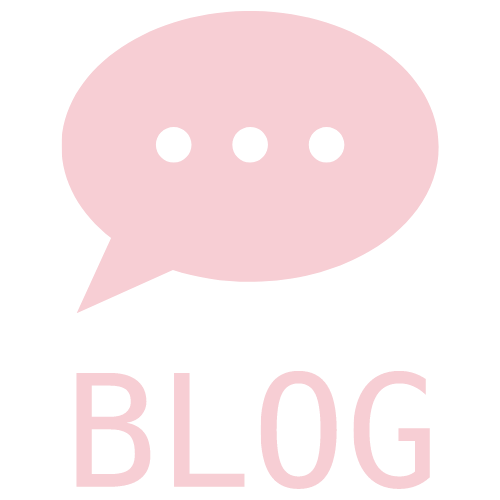 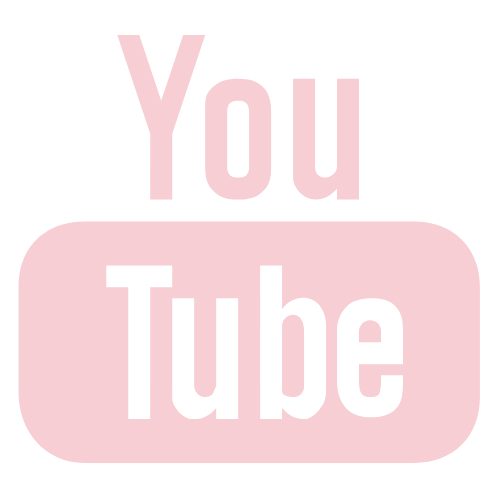 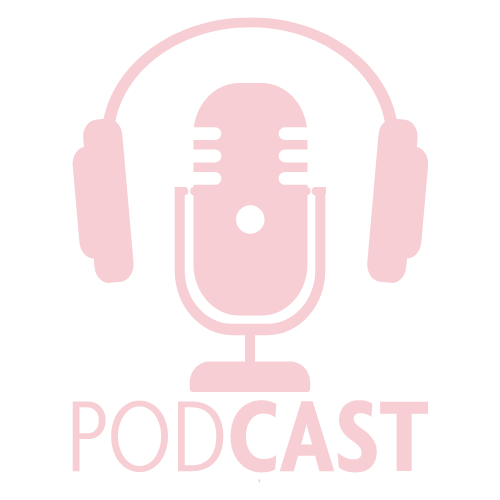 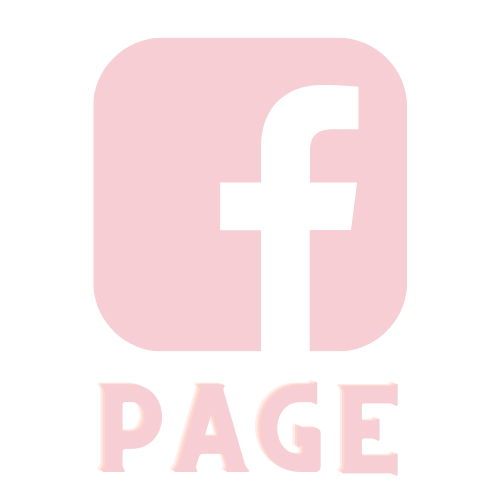 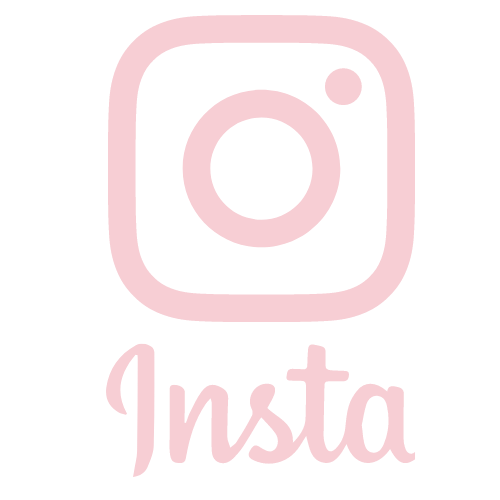 Kamille Lynn Bauer is a vibrant Happiness Advocate, Motivational Speaker, Vlogger and Influencer. Despite seemingly impossible trials of life, she fought and found joy alongside her husband, Clint “The Cancer Warrior” and their three children. Clint’s final days were filled with sacred laughter mixed with exquisite heartache that inspired tens of thousands with their love story.

Since that time, Kamille has continued to attract a significant and rapidly growing global following due to her positive perspective on life through adversity—a very relevant message for today’s times. Kamille’s YouTube channel, motivational keynotes and workshops, and her realistic and humorous perspective to life and its challenges help people and also businesses realize their own thriving possibilities amidst and after great transitions and change. 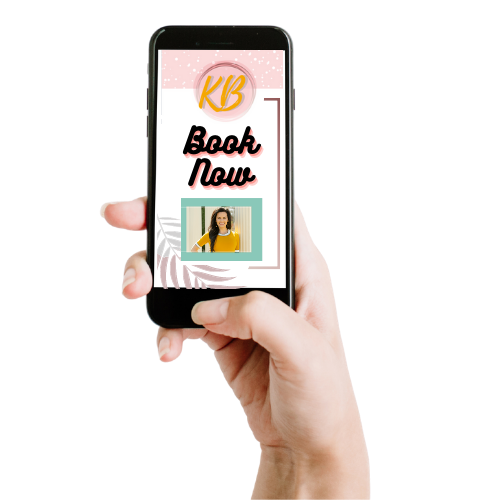 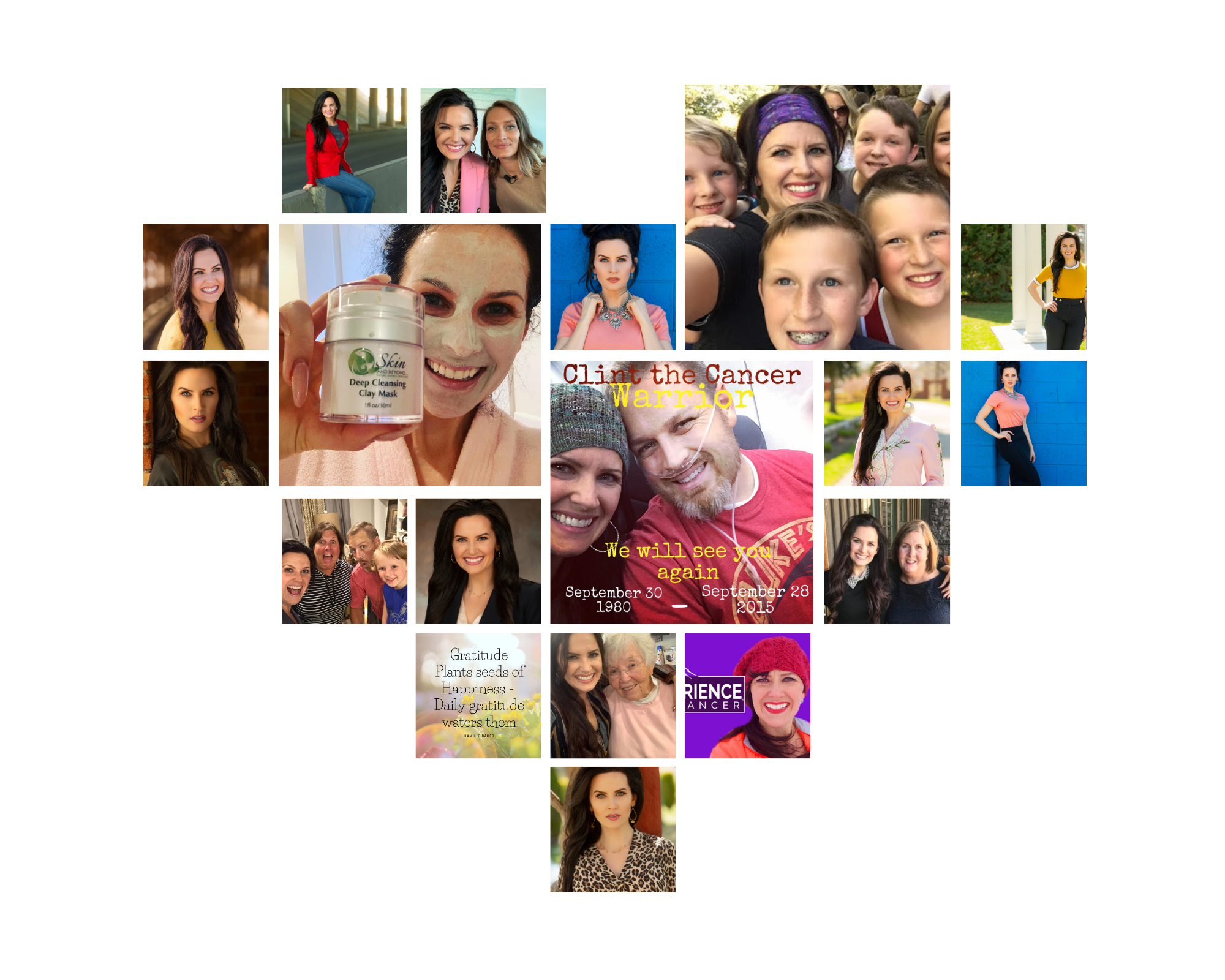 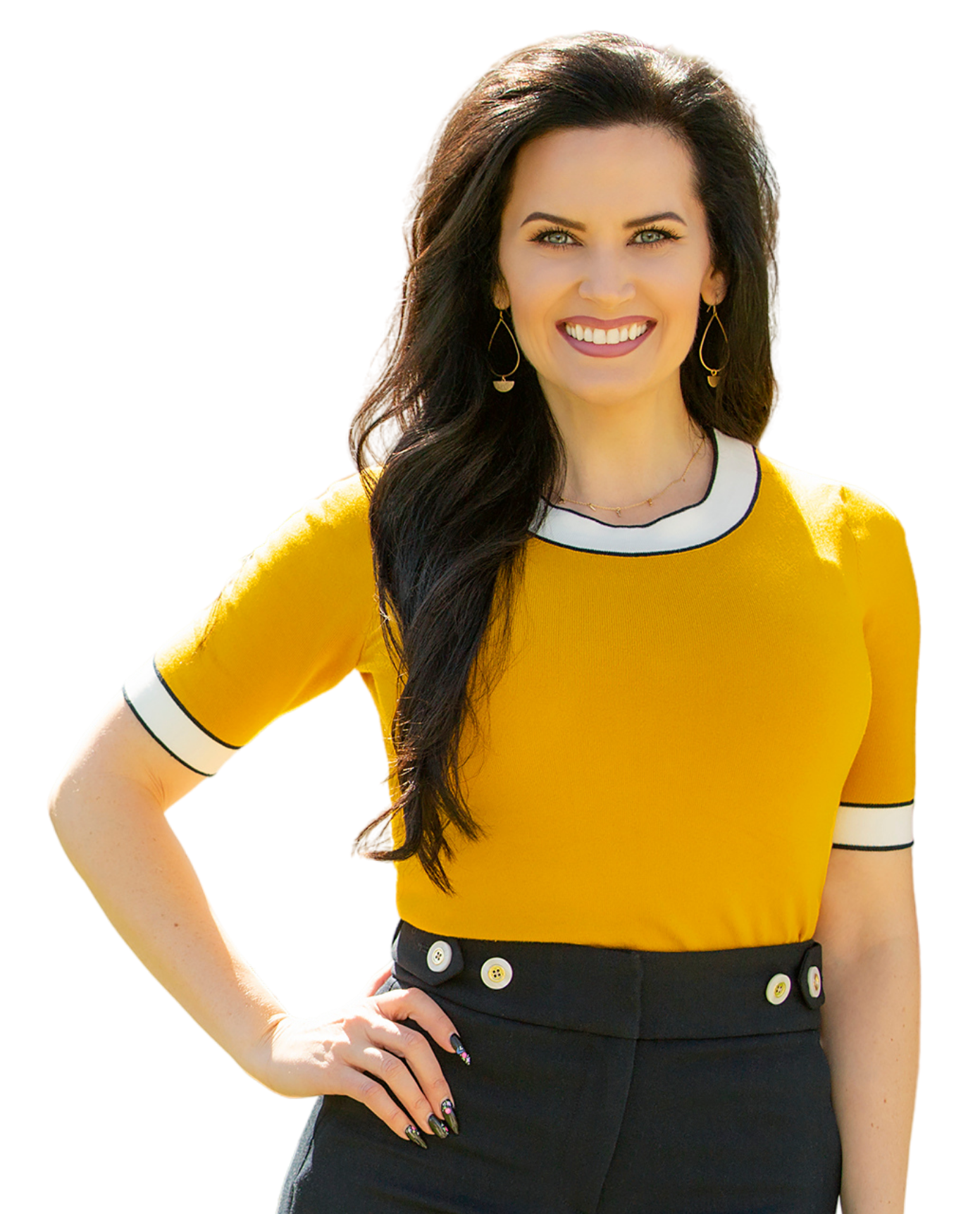